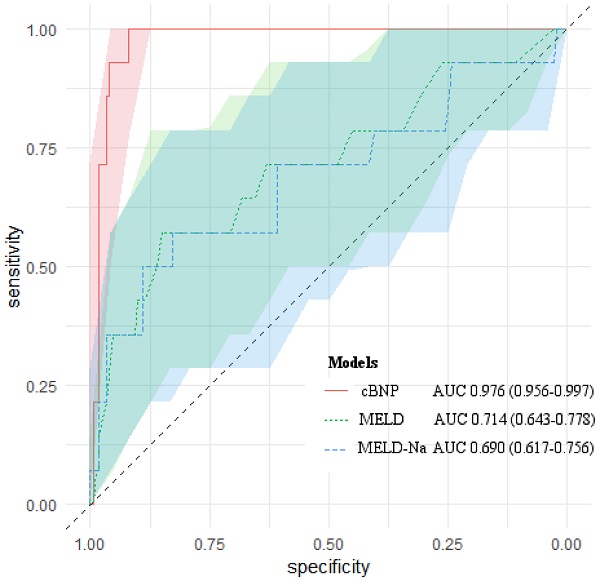 Material and Methods: The data from a total of 187 patients who underwent LT were collected retrospectively. The serum levels of BNP were acquired at four time points, the pre-anhepatic (T1), anhepatic (T2), and neohepatic phases (T3), and on postoperative day 1 (T4). The patients were dichotomized into survival and non-survival groups for 1-month mortality after LT. Combined BNP (cBNP) was calculated based on conditional logistic regression analysis of pairwise serum BNP measurements at two time points, T2 and T4. The area under the receiver operating characteristic curve (AUROC) was analyzed to determine the diagnostic accuracy and cut-off value of the predictive models, including cBNP.

Conclusions: The cBNP model showed the improved predictive ability for mortality within 1-month of LT. It could help clinicians stratify mortality risk and be a useful biomarker in patients undergoing LT.