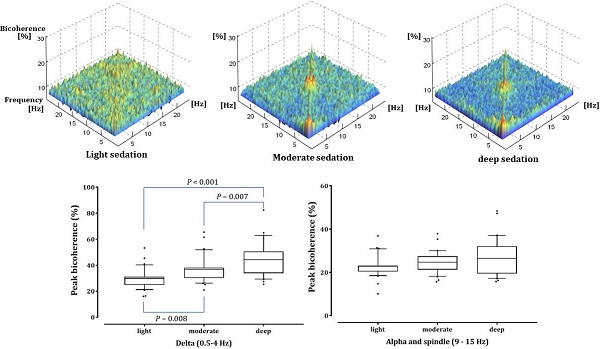 Patients and Methods: Thirty-six patients undergoing orthopedic surgery under spinal anesthesia were enrolled in this study. Dexmedetomidine sedation was conducted by the stepwise increase in target effect site concentration (Ce) while assessing sedation levels. Bispectral index (BIS) and frontal electroencephalography were recorded continuously, and the performance of BIS and changes in power and bicoherence spectra were analyzed with the data from the F3 electrode.